How to Launch an Initial Coin Offering through Cyprus?

What is an Initial Coin Offering? 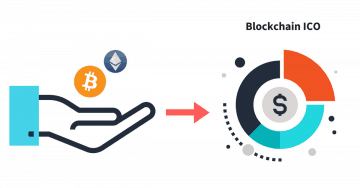 ICO (abbreviation of Initial Coin Offering) is an offer to someone to invest in some units of a new cryptocurrency or crypto-token in exchange against already established cryptocurrencies such as Bitcoin or Ethereum. ICOs have become an increasingly popular method of fundraising for start-ups and other companies with the intention to fund innovative projects based on the blockchain technology.

In other words, when a start-up firm wants to raise funds through an ICO, it usually creates a plan stating out the project’s goals, requirements, how much funds to raise, how much of the virtual tokens will be kept by the founders, what type of money are accepted and for how long the ICO campaign will run for. Just like an Initial Public Offering (IPO) where an investor buys shares to a company in exchange for money, ICO investors buy some of the distributed crypto-tokens in exchange for already established virtual currencies such as Bitcoin or fiat money (legal tenders). If the funds raised do not correspond to the start-up firm’s initial minimum requirement plan the ICO is deemed to have failed and the money is returned to the investors.

In a nutshell, the issuer company, initiating the ICO, transfers to potential investors Tokens issued, in exchange of already established Cryptocurrencies which can be used, once the threshold is reached, to finance its operations for which the ICO has been set up.

Tokens, depending on the type of a token issued, are in essence, digital contacts granting rights to the investor. In order to create a token, firstly, a company writes the basic rules (tokens amount and value and special conditions). Once created, the platform will act as an executor for all future transactions in order to make sure that all the conditions are met and carried out. Further on, each interested party may buy tokens, upon availability, in exchange for money. Money, may be in the form of another cryptocurrency, i.e. Bitcoin or fiat currency.

There are several types of Token, such as credit tokens (type of loan), asset tokens, payment tokens or a combination of several tokens, commonly known as hybrid tokens, however the most common types are:

Utility Tokens: Which give access to services provided by the project. Investors purchasing utility tokens are doing so for future use on the platform. It does not give its holders any right of ownership or equity in the company or the project itself.

Stock (or Equity Tokens): This category of tokens represents assets such as participation in the company’s earnings or an entitlement to dividends and interest payments. In simple terms, equity tokens are analogous to shares in a company from which a shareholder may receive dividends. Equity tokens offer the investor some form of equity in the company they are being purchased from. Hence, holding equity tokens may even give the investor voting rights, exactly like a share of common stock in a company.

Yet, no specific legislation regulates the framework for ICOs, however, this does not mean that the market for ICOs is completely unregulated. Various laws and existing securities and financial market legislations to ICOs as well as circulars have been published as to the risks involved and the applicability of those laws on ICOs. For instance, EU Legislation, provides that for an offer of securities, whose total consideration for such offer is less than five million euro (€5,000.000) over a twelve-month period, there is no obligation to publish a prospectus nor request a permission from CySec (Cyprus Securities and Exchange Commission). ICOs may fall within the scope of this legislation in the case of security tokens.

In Cyprus, the regulator (CySec) follows the guidelines of the European Securities and Markets Authority (ESMA) and issues circulars to the public as to the dealings in virtual currencies. Although there is no specific regulatory framework, there is no expressed prohibition either.

Setting up of a Legal Structure in Cyprus

A company in Cyprus must be incorporated which will undertake the issue of the Tokens. It is advised to set up the company in a trustworthy and solid jurisdiction as to reflect the competency and severity of the ICO and the project itself. Cyprus, falls within the prementioned options.

It is a common practise to establish a second company which will act as an escrow, for transparency purposes which will accept the funds and will release the said funds once certain conditions are met.

Cyprus being an EU Member and with a favourable tax system as well as an extensive network of double tax treaties, well-organised and regulated regime, low setup costs, with a financial services infrastructure and well-educated professionals can provide comfort to prospective investors to launch an ICO.

In regards to the taxation of cryptocurrencies, to date, there is no specific legislation, hence the general taxation rules are applied, depending, of course on the type of token to be issued.

In the case of utility tokens, a corporate tax of 12.5% shall apply and may fall within the scope of VAT (19%) as well. Since, utility tokens can be defined as a pre-payment for the right to use the company’s goods or services, this may be simply defined as an exchange for goods or services ultimately falling in the scope of o VAT regulations. One may argue that during an ICO stage, utility tokens may not be recognised as an exchange for goods or services, since the service may not be provided in the future, if the ICO fails. With that said, until the company’s performance obligation is met (that is the actual service rendered) then that revenue can be deferred and may be converted into income received once the ICO succeeds and the service is actually performed. Accordingly, since this type of token is treated as an exchange in return for the provision of a good or a service, then any profits earned by the company will be taxed at the corporate level, at 12.5%.

In case of security (equity) tokens, it will be considered as capital in a company and will not be taxed, nor fall within the scope of VAT. Equity tokens, are treated as such for the simple reason, that from a definition perspective, they have the same effect as shares to a traditional company limited by shares. With that said, their tax treatment should not differ from that of the shares or may be treated as an additional reserve of the issuing company. Due to their nature, equity tokens being treated as capital should not trigger any corporation tax.

In addition, Cyprus has a very attractive Intellectual Property (IP) Box regime whereby an effective corporate tax rate of 12.5% may be reduced to 2.5%, on condition that certain conditions are met. Please click here for additional information on the IP Box in Cyprus. Conclusively, an ICO is a modern, quick, innovative and technological method for companies to raise their capital. For an ICO, it is important to research well and setup robust strategies from a legal perspective and a marketing perspective. Many advantages can be derived from launching an ICO in Cyprus. The absence of specific ICO legislation does not mean that ICO launchers may not seek guidance from legal professionals nor comply with the existing applicable regulation, which as discussed above, ICOs may fall in. Legal Compliance must be sought at all stages prior and during the launch of an ICO. Proper guidance and advisory can result to a successful ICO and give a strong boost to the issuing company.